We have raised more than £3,500 for four charities as part of our Christmas Gift Appeal!

CTK, partnering with the Kent-based EKC Group, brought in over £3,500 with a GoFundMe campaign and charity art auction.

The money will be split between Porchlight, Demelza Hospice Care for Children, Refuge, and St Vincent de Paul Society.

The art auction – which ended on Friday – consisted of pieces donated by staff members and students, raising £621 by itself. Highlights included Heritage, a St Mary’s learner, who’s George Floyd diptych brought in £38 and a signed limited edition photographic print from award-winning Photographer and Lecturer at EKC Group’s Folkestone College, Zak Waters, which raised £100.

Meanwhile the GoFundMe, brought in £2,910 altogether. The top donations saw £1,000 given by Metric Capital OurTurn Global, £500 from David Kelly and £500 by DSP Drainage.

On top of these two efforts, CTK and EKC Group have organised a donation drive for gifts in aid of those less well-off this Christmas. In total, students and staff members have handed in approximately 2,000 gifts which have since been distributed to the charities.

This charity drive has been running alongside a number of charitable deeds at both College groups. At our sites we ran a “Jumpers for Jimmy” event, which raised money for the Jimmy Mizen Foundation, a charity to support young people across the UK by challenging them to be the change-makers & peace-makers in their local communities. Also, at Emmanuel, some of our learners organised a cupcake sale for Child Bereavement UK which is a charity that supports families and educates professionals when a baby or child of any age dies or is dying, or when a child is facing bereavement. Over at EKC the Animal Management students at Canterbury College created festive packages for their four-legged friends at Dogs Rescue and AA Dog Rescue.

We would like to thank everybody who donated to the Christmas Gift Appeal and hope that our contributions to these charities helped in some way to make the festive period better for those in our communities who are less fortunate. 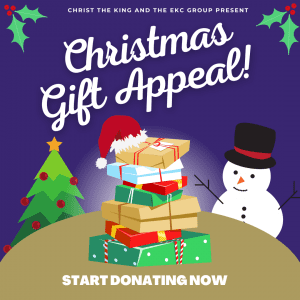 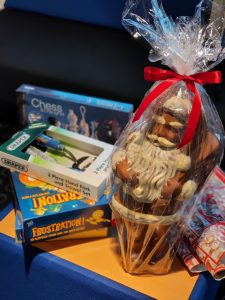 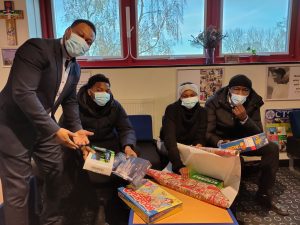